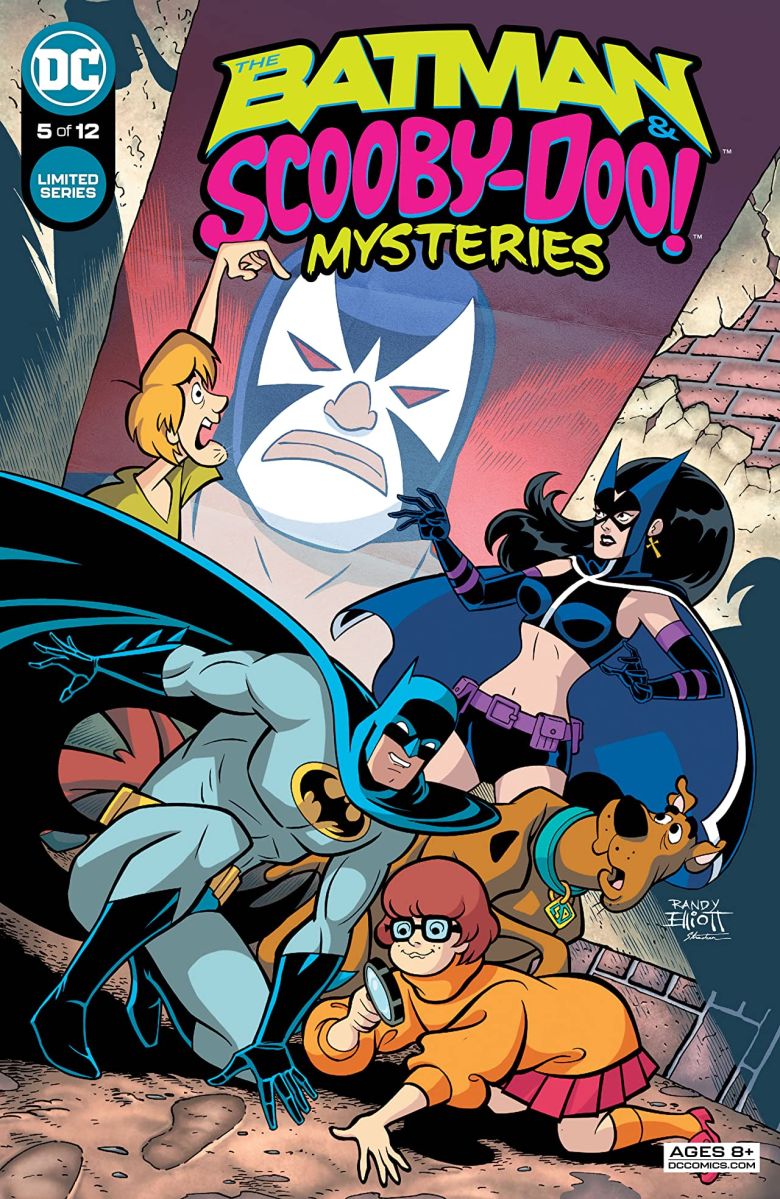 It was great to see women in the forefront in this issue. It truly was a nice change.

The way the women were written was wonderful! It would be great to get a point in comics where that will not be a shock anymore. To where it will just be a normal thing to see. It was fun to see Talia wanting Velma’s help instead of Batman. Once thing I love about these issues is that everyone is capturing the comedic essence of the Scooby Gang. Every issue is charming and funny in their own way.

To be honest, I was a fan of this artwork more than the previous issue. The colors have been the same throughout the whole series, but just like the art, I liked this coloring better. I felt the marriage of colors and artwork were beautiful. It still had the Scooby-Doo feel, but I like that it was a little bit more adult.

I am loving that we keep getting different characters in each issue. When I first started this series I thought for sure I wanted it to be one cohesive story, but I have been enjoying the different stories each issue. This issue in particular was lovely because it was more female driven. So, that was a nice change of pace. This series is really great for kids and adults.

Batman, The Gang, and Huntress is chasing after Vinnie “The Fonz”. When they both catch up to him Talia shows up and says she needs the help of a Detective and she points to Velma. Talia wants Velma’s help because Batman has a lot of hostility towards her father. Batman then says, “In fairness, he has attacked me dozens of times” 🤣

They all decide to work together to help Talia find her father, Ra’s. Another funny moment happens here. They take Talia’s private jet to go to Venice where Ra’s was last seen. Shaggy asks Talia, “Aren’t private planes, like, incredibly bad for the environment? And isn’t your Dad. . .” Batman then interrupts, “Talia’s father sincerely wants humanity and nature to live more in balance, Shaggy. But he’d never fly coach” 😂 Talia tells them all that Bane has taken her father.

The whole gang travels from Venice to Egypt searching for clues on where Ra’s might be. They fight a mummy, but realize the wrappings are made out of fabric. They then see green sports drink on the floor which is supposed to look like the venom inside Bane. Talia remembers that a wealthy American wanted to pay good money to go to the Lazarus Pit.

They finally find where Ra’s is and Bane is with him. The whole gang capture Bane and unmask him. They find out it is a pro wrestler who wanted the pit to get stronger. We find out Ra’s was not really in any danger. He just impressed with all of the length the wrestler was going through. The cops come to take him and the wrestler says, “I would have gotten away with it if it weren’t for those meddling detectives”.