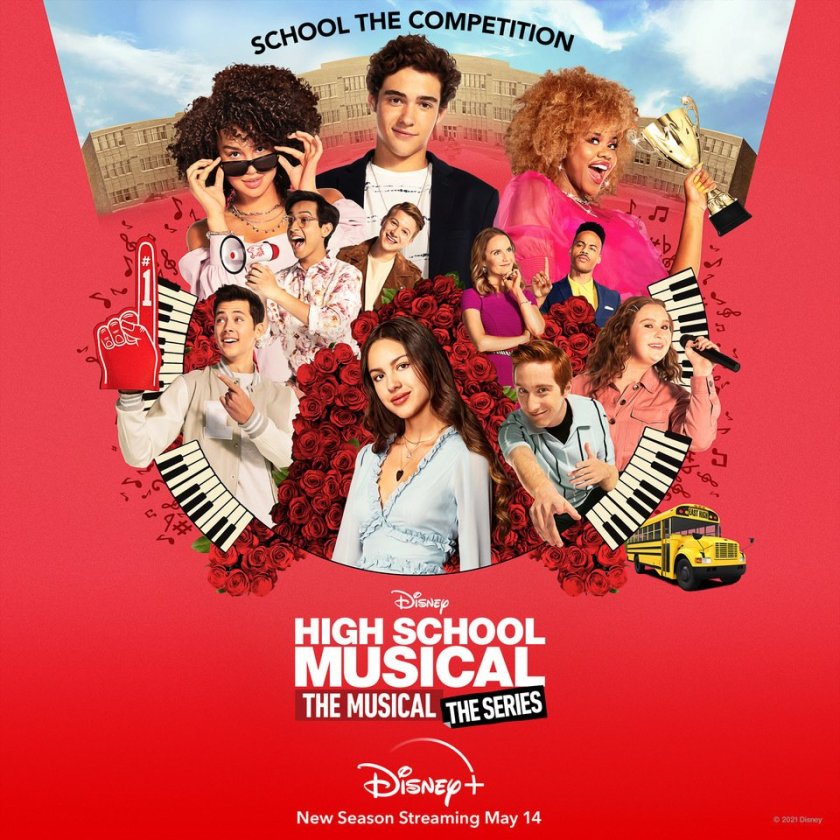 You know, even though I was not a fan of the original High School Musical movies, I am a fan of this Disney+ series.

I do like that as soon as you press play on the first episode we already get them busting out into song and dance. Also, I was laughing when I saw that one of the background dancers was wearing the same ugly sweater than Ryan Reynolds wore for Christmas a few years ago. You know what is crazy though, that Olivia Rodrigo has blown up since the first season, and all because of her hit song. To me that was great to see. When I heard she released a song I was like, “The girl from HSMTMTS just released a top hit?!”

Anyway, I liked the first season, but I think I am going to love this season because they have Derek Hough. Derek Hough! He was legit my favorite on Dancing With the Stars. My favorite season of that show was when Derek was paired with Nicole from the Pussycat Dolls.

This show so far I think has done a great job of showing teenagers it is ok to be different. Just surround yourself with the right people. As long as you can do that then you will have a happy life. I know that sounds ALOT easier than it is, but I do agree with it. Surround yourself with negative people and you will always feel like you cannot achieve anything, but have positive people in your life who are encouraging can really help you in life.

If you are currently in High School or you are someone who grew up with High School Musical movies then you really need to watch this show. Overall it is pretty good.