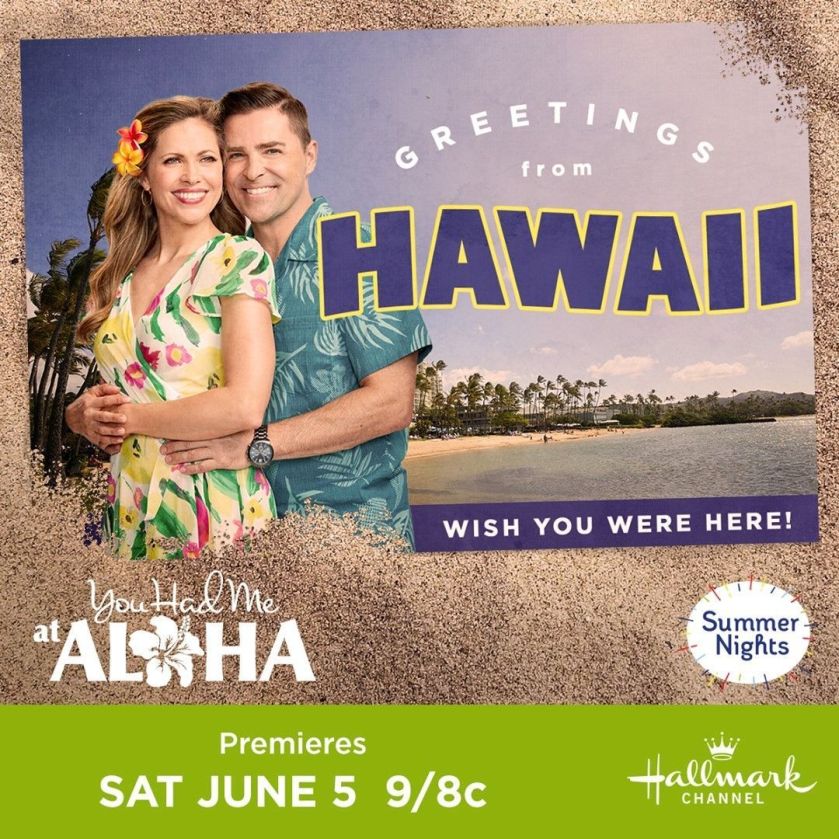 When the host of a popular travel show resigns, the network enlists Paige (Hutton), to step in for the next season set in Hawaii. Unbeknownst to her, they have also hired Ben (Smith), who likes to push everything to the extreme. As these two new co-hosts clash over their opposing ideas for production, they grapple with the fact that not only do they need each other to further their careers, but they also balance each other on and off the screen.

This movie makes me want to go back to Hawaii! I want to go relax with no care in the world and drink blended margaritas. Yes, I know you can do that anytime, but it is different in Hawaii 🤭

The Meeting of Our Future Couple

Paige’s boss has Ben come in to do a hosting audition. While he is getting ready to do that he is talking to Paige and they are arguing back and forth without knowing that the camera is recording. I did not mind the way the couple meets in this because I felt this was realistic.

This was an area that truly felt lacking to me. It felt that they rushed the script, did not have a lot of writing, and just relied on the beauty of Hawaii to make their movie. Now don’t get me wrong. I am no writer, and I know it is extremely difficult for someone like me to write a movie, but Hallmark makes so many. So you would think they would be able to keep producing great writing. But like I said, there was something missing. You know, I have always felt that writers should give their script to a random person to read to make sure their movie makes sense.

But you know, there were other positives about the writing. I was happy that we actually got full backgrounds on characters. Sometimes we get half a story and we have to fill in the rest with our own head canon, but in this one we know exactly where these two characters are coming from. At first I was irritated with Pascale’s character, but the writers did a wonderful job explaining her, so I was not as frustrated anymore.

But you know, out of the two I enjoyed Pascale more than Kavan. This is because you can totally see Pascale’s personality shine through the television. She has such an infectious personality. That you would want to hang out with her and you know you would enjoy her time. What’s also infectious is that laugh of hers. Love it!

I love the fact that these two characters bring out the best in each other. We don’t get to see this too much in other movies. In other movies people just look cute together and have a cute enough story to where we believe they should end up together. But with the characters Paige and Ben I truly did feel like they should be with each other.

The set up for this movie was really strong, but then once the filming heads over to Hawaii I lost a little interest in the movie. It felt like the story was too focused on scenery and not the actual story. If I remember correctly I think they filmed this during quarantine, so I know they could not be too much out and about, but if it were such a problem they should have postponed shooting. They really missed an opportunity to truly showcase Hawaii. Yes they got the scenery, but not the essence of Hawaii.

Without Pascale and Kavan I truly think I would not have enjoyed this movie. They truly saved it.

You know, even though I did not enjoy it as much as I had hoped, I still say watch it. Pascale Hutton to me steals the show. Like I said before, her personality is infectious.