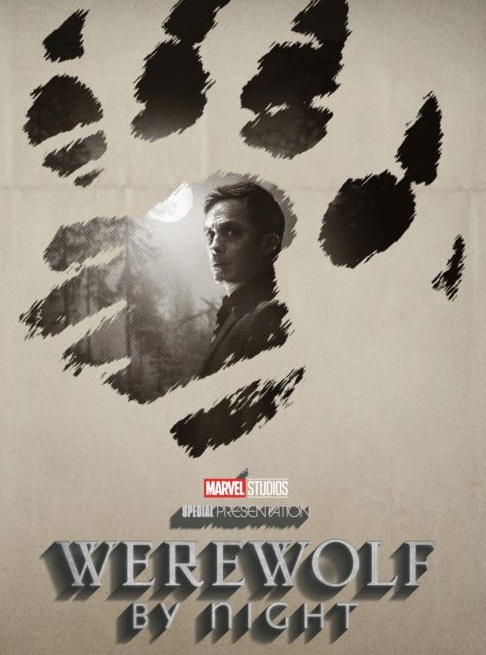 Monster hunters gather to pay respects to their deceased leader and are thrust into a deadly game.

This movie was AMAZING! It was so different than everything else Marvel has done and I am here for it. This easily went to my top favorite things that Marvel has created. This is definitely out of the norm of what they have done and man oh man they have knocked it out of the park. I have nothing but high praises for this movie.

Every single actor was simply wonderful. They all gave standout performances and each person was perfectly casted. Everyone’s chemistry on screen could totally be felt. You could tell they were enjoying being part of this new Marvel movie and they were really enjoying the script. Since they believed in it they gave great performances. I really hope they all get the love they deserve and step foot into the spotlight. They all deserve it. I can’t wait to see if these characters will show up in other stuff or will it just stay a stand alone film. But I do hope they return. I want more of these characters!

Kudos to the writers Heather Quinn and Peter Cameron. They really need to take a victory lap for themselves if they have not already done so. It was such perfect writing. I am sure there are things wrong, but I cannot find it. I love that it Marvel wasn’t afraid to go on the darker side with this movie. I know they like to always be kid friendly, but I do like that they made stuff more for adults too.

The way this was filmed was so tasteful. This movie was in black and white. BLACK AND WHITE! It was so pretty to see. I feel like it truly elevated this movie and gave it that extra oomph. Very similar to the way the new Thor movie was made. The black and white in that movie was spot on too.

I haven’t heard anything if they will make another movie, but man I freaking hope so. I enjoyed it so much. Some of the new Marvel stuff I have not been too much a fan of (except Moon Knight). So it was very refreshing to get something that was simply entertaining and well done.

Overall this movie was refreshing, entertaining, action oriented, and horroresk.

I loved that there was a narration in the beginning of this. It gave me all the information I needed, but made me wanting to know more. It reeled me in quick with that.

They also got me “ooing” and “awing” at the very end when they went from black and white to full color. It was just so beautifully done.

Also, the action in this was great! It reminded me of “Hunger Games” but way freaking better. Like I said before. I love that Marvel went more on the darker side with this.

Ulysses Bloodstone, the lead monster hunter, has died and five hunters come to pay their respects. Ulysses wife, Verussa, sets up a competition for the hunters. This competition is to determine who the new leader will be and who will take control of the Bloodstone. Verussa and Ulysses daughter who they haven’t seen in a long while, Elsa, also competes for the Bloodstone.

Verussa’s butler hides the Bloodstone on a monster inside a maze outside the house. All the hunters are let loose to find the Bloodstone and the monster. One of the hunters named Jack Russell finds the monster (Man-Thing) and calls him “Ted”. Jack was part of this hunt because he wanted to save Ted, his very good friend. Jack tells Ted to stay hidden while he comes up with an escape plan.

Ted runs into Elsa and they agree to not kill each other and to work together to free Ted and to give Elsa the Bloodstone. While Jack plants a bomb in a wall, Elsa finds Ted to get the Bloodstone off of him and to get him to safety. Ted escapes, but Jack and Elsa get captured by Verussa and the other hunters who survived. They are captured because when Jack touched the Bloodstone it shocks him and he has a reaction to it. Letting everyone know he is a monster too, a Werewolf.

Back at the house Elsa and Jack are put into a cage. Elsa is scared because Verussa is going to use the Bloodstone to force Jack into turning into a Werewolf without needing a full moon. Jack then sniffs Elsa all over and tells her when he changes to not break eye contact with him. Jack changes and is able to break free from the cage. Elsa escapes too and helps kill people. Jack finally gets back to her and she does not break eye contact with her, so he does not kill her.

Elsa gets the Bloodstone while Jack and Ted escape to the forest. When this scene is happening the movie changes from black and white into full color.